Monday's Musings: Inside The Five Levels Of Autonomous Enterprises 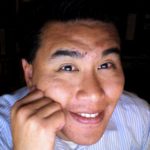 Cognitive applications run mission-critical business systems in a continuous, self-driving, self-learning, auto-compliant, self-securing, and self-healing approach.  These AI driven systems intelligently automate transactional systems and processes such as campaign to lead, order to cash, procure to pay, incident to resolution, concept to market, and hire to retire.  The goal of an autonomous enterprise is to continuously automate precision decisions at scale.

Why? Transactional applications have run their course. Pressure to reduce margins, technical debt, and investment in core systems create tremendous pressure for automation.  Customers seek cognitive based approaches in order to build the foundation for AI driven precision decisions. The benefits include less staffing, reduced errors, smarter decisions, and security at scale. The quest for an autonomous enterprise starts with a desire to consider what decisions require intelligent automation vs human judgment.

Inside The Five Levels Of Autonomous Enterprises

Constellation identifies five levels of autonomous enterprises and predicts when these cognitive apps will deliver full autonomy in this $10.35B market by 2030 (see figure 1):

In this level, the system can provide basic task and workflow automation.

When? Today.
Includes: Basic process automation tools such as BPM, manual instrumentation and control, and intelligent workflow automation
Who’s in control? Humans are still in control and guide many manual steps.

When? The next big thing in 2020
Includes: Cognitive applications, neural networks, GANS models, contextual decisions, and next best actions.
Who’s driving? Humans still on standby, but can be hands-off for periods of time

Level 5 achieves full sentience and humans may no longer be needed.

The Bottom Line: Expect Level 4 Autonomous Enterprises To Emerge In 2023

The pioneering work with early cognitive applications show exponential progress in achieving Level 4 status by 2023. Organizations will have to rethink how they work with their transactional applications, future data-driven digital networks, and distributed compute and storage environments.

The future is autonomous. Machines will deliver services that are continuous, auto-compliant, self-healing, self-learning, and self-aware. The need for greater precision decisions will require connections to data-driven digital networks and for more and more sources of data. This battle for public, private, and shared data will shape who wins in new networked economies that form the future of this autonomous decade (see video).

Will you be ready for the autonomous enterprises?  Are you gearing up for a self-driving, self-healing, and self-sensing future?   Add your comments to the blog or reach me via email: R (at) ConstellationR (dot) com or R (at) SoftwareInsider (dot) org.

Please let us know if you need help with your AI and Digital Business transformation efforts. Here’s how we can assist:

Although we work closely with many mega software vendors, we want you to trust us. For the full disclosure policy,stay tuned for the full client list on the Constellation Research website. * Not responsible for any factual errors or omissions.  However, happy to correct any errors upon email receipt.

Constellation Research recommends that readers consult a stock professional for their investment guidance. Investors should understand the potential conflicts of interest analysts might face. Constellation does not underwrite or own the securities of the companies the analysts cover. Analysts themselves sometimes own stocks in the companies they cover—either directly or indirectly, such as through employee stock-purchase pools in which they and their colleagues participate.

As a general matter, investors should not rely solely on an analyst’s recommendation when deciding whether to buy, hold, or sell a stock. Instead, they should also do their own research—such as reading the prospectus for new companies or for public companies, the quarterly and annual reports filed with the SEC—to confirm whether a particular investment is appropriate for them in light of their individual financial circumstances.