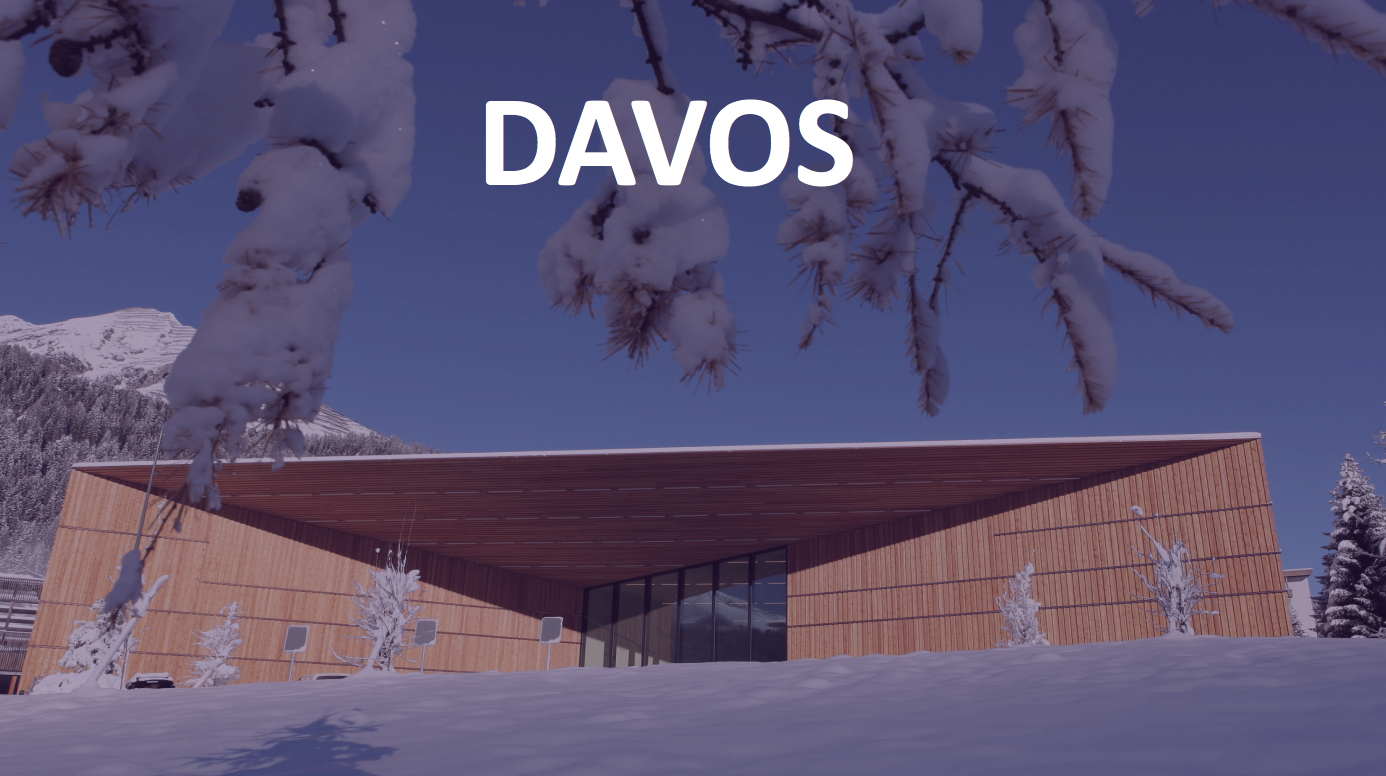 The World Economic Forum (WEF) kicks off January 23rd to 26th in Davos-Klosters, Switzerland.  This year's theme is about "Creating a Shared Future In A Fractured World".  From the program notes for this year's event, WEF sees the following:

At the close of the 20th century, the presumption was that greater economic interdependence among countries, buttressed by liberal democratic institutions, would ensure peace and stability well into the new century. The global context today has changed dramatically: geostrategic fissures have re-emerged on multiple fronts with wide-ranging political, economic and social consequences.
Realpolitik is no longer just a relic of the Cold War. Economic prosperity and social cohesion are not one and the same. The global commons cannot protect or heal itself.
Politically, governance is being transformed by new and contending strategic narratives. Such narratives have emerged in response to national, regional and global divides, but many of them are bereft of the innovation, inspiration and idealism essential for transformational change. Economically, policies are being formulated to preserve the singular benefits of global integration while limiting its shared obligations. Yet, such policy prescriptions are fragmented, biased or uninformed when considered in the context of sustainable development, inclusive growth and the Fourth Industrial Revolution.
Socially, citizens yearn for responsive leadership that addresses local and national concerns; yet, a shared identity and collective purpose remain elusive despite living in an age of social networks. All the while, the social contract between states and their citizens continues to erode. Changing the situation on the ground requires more responsive governance, but this cannot absolve governments of their regional and global responsibilities.

Ever three to four years, Constellation publishes its futurist framework based on the PESTEL model of systems thinking.  Constellation approaches 2020 with this systemic point of view.  The full PESTEL report examines the political, economic, societal, environmental, and legislative (PESTEL) macro trends that will affect the business disruption ahead.  This framework serve as the basis for Constellation’s research foundation across seven business themes.  These PESTEL trends can be summarized as:

Success in navigating these trends will require executives to develop a strategy for dominating digital disruption.  Board rooms must be cognizant of such changes in order to make the tough decisions required to thrive in the disruption ahead.  This blog post focuses on the second area Economic Outlook

The widening societal shifts that fracture today’s society transcend age. Societal trends and norms reflect a society split across digital proficiency, the union of understanding a technology and use of that technology.  In fact, age is no longer the deciding factor of digital proficiency.  For instance, millennials may not be more tech savvy than individuals of other generations.  However, urbanites may have more of an affinity than rural dwellers.
As technology ever deeply weaves into the fabric of life, these perceptions impact social shifts and drive populist movements fueled by mass personalization and a growing self-awareness movement.  In many cases, emotions have overpowered logic.  Convenience has taken over ethics and norms.  As society seeks simple explanations to complex problems, technology companies can expect to bare the brunt for “all good” and “all evils” of society going forward.

Have you taken account a futurist framework in your 2018 to 2020 planning?  Afraid of a business extinction event like Kodak?  Would you like to join a network of other early adopters?  Are you ready to begin your digital transformation journey?   See you at Davos! Learn how non-digital organizations can disrupt digital businesses in the best-selling Harvard Business Review Press book Disrupting Digital.
Join like minded folks at the Constellation Executive Network.
Add your comments to the blog or reach me via email: R (at) ConstellationR (dot) com or R (at) SoftwareInsider (dot) org.

Please let us know if you need help with your Digital Business transformation efforts. Here’s how we can assist:

Although we work closely with many mega software vendors, we want you to trust us. For the full disclosure policy,stay tuned for the full client list on the Constellation Research website.
* Not responsible for any factual errors or omissions.  However, happy to correct any errors upon email receipt.
Copyright © 2001 -2018 R Wang and Insider Associates, LLC All rights reserved.
Contact the Sales team to purchase this report on a a la carte basis or join the Constellation Customer Experience